With the constant flux in the Toronto restaurant scene, it can be difficult to keep up with all of the new restaurant openings. So, here's a rundown of what's slated to open this summer in the city. Know something opening near you? Visit the tipline. 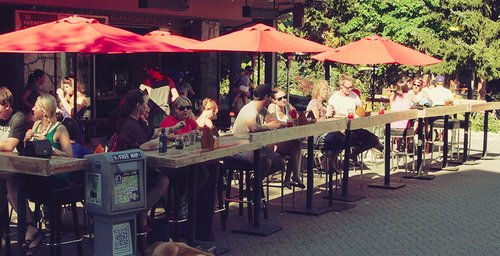 2) Financial District: A new Italian joint with a menu focused on meatballs should be opening soon at Brookfield Place. Called Bolpetta Ristorante & Bar, it replaces Obika Mozzarella Bar. [The Grid]

4) Downtown: Little Fin, the new establishment coming to Temperance Street from the team behind The Chase, will take advantage of the city's seafood craze, specializing in seafood sandwiches and wraps [Toronto Life]

5) The Annex: The Annex is getting some serious cheap eats. Everything on the menu goes for just $4.95 at the Toronto rendition of this Whistler hotspot, El Furniture Warehouse, set to open July 1. [Post City]
—Alexander Lipnik
· All Coming Attractions [-ETO-]