Bent's Hostess Alisha Neverson on Reservations, Non-Verbal Table Codes, and How to Become a VIP

Share All sharing options for: Bent's Hostess Alisha Neverson on Reservations, Non-Verbal Table Codes, and How to Become a VIP

Ask anyone with an impression of Toronto's restaurant scene for one of our culinary treasures, and chances are they'll name Susur Lee. Few can debate the influence Lee and his confident embrace of Asian fusion has had on the city's dining scene. His empire spans the world, including three separate projects all within blocks of each other around the Bathurst belt. His restaurant, Bent, named after Lee's wife Brenda Bent – whose firm also designed the space – is a family affair involving sons Kai and Levi Bent-Lee in the managerial roles. It's also one of the city's hot tickets.

Given the popularity of Lee's operations, snagging a table at prime time can be a challenge; which makes it easier to appreciate the deftness and skill required in managing the dining room and seating requests. That's where we meet Alisha Neverson, one of Bent's gatekeepers, an Orlando expat (being raised in a city synonymous with hospitality) and a budding chanteuse (you can catch her in action every Tuesday night with Toronto-based singing group Choir! Choir! Choir!). With her co-hostess, the pair manage Bent's cozy 82 seats (with an additional 46 more on the patio, whenever patio weather strikes). In the following interview, Neverson reveals some tricks and tips that will help ensure you, the guest, and they, the servers can maximize your experience with minimal pain, and potential longer term entrance to that coveted VIP status.

So what brought you from sunny Florida to Toronto? It doesn't have anything to do with our awesome weather, does it?
[Laughing] I don't want to talk about last season. I decided to move to Toronto because I was looking for a broader experience: a busier atmosphere, a more urban environment. Even though Orlando is a big place, it isn't a hub; it doesn't have the connections, neighbourhoods or locale. I felt Toronto was a good place to connect and be more involved in the city. Opportunity was another aspect. There's just more here. Getting involved in the food industry in Toronto has been eye opening. My appeal to the city was that it was so multi-cultural; there were so many people here from all over the place, from all different backgrounds. That's also reflected in the food that's available here as well. So many people travel to or reside in Toronto are very interested in the food culture, whether it be hosting their own dinner parties or going out to the next new spot. People are aware and in tune with those experiences.

It sounds like the Toronto food scene has made a heavy impression on you. How have you enjoyed working here?
Working with chefs Lee or [Donna] Dooher [of Mildred's Temple Kitchen] brings more of a sense of pride to what you're doing because you have someone's ideals that you need to stand behind. There's a level you have to stand up to. People come here because they know the food's going to be amazing; but it's up to us to keep up that standard of service. The food will shine, but if the service is poor people won't want to come back to that. It works well if the person that you're working for is moving parallel to your aims and ambitions; people who are driven by their passions. That's what connects with me. It's also easy to invite people to come and see what they're doing or cooking up because it's really made with a lot of heart and it shows in the food.

Since tables at Bent are a hot commodity, is there a strict reservations-only policy?
It gets pretty particular when you're working in a space with such tight quarters, and a high-profile name that so many people want to come in to check out. We're a family and neighbourhood restaurant so we love to have walk-ins; even if you're coming in for an early cocktail plus a bite. Your best bet would be at our earlier seatings, around 5:30pm and before 7pm, or after 9pm. However on the weekend, it would be in your best interest to phone or email and make a reservation. We really would like to be able to prepare ourselves for what service will be like ahead of time, and that also involves corresponding with the kitchen who must know what they would be expecting this evening: if there are any allergies or particularities, if there's a large party… It does help for preparation because as hosts we want everything on the floor to be smooth and orderly so that the next table coming in can be seated without waiting. 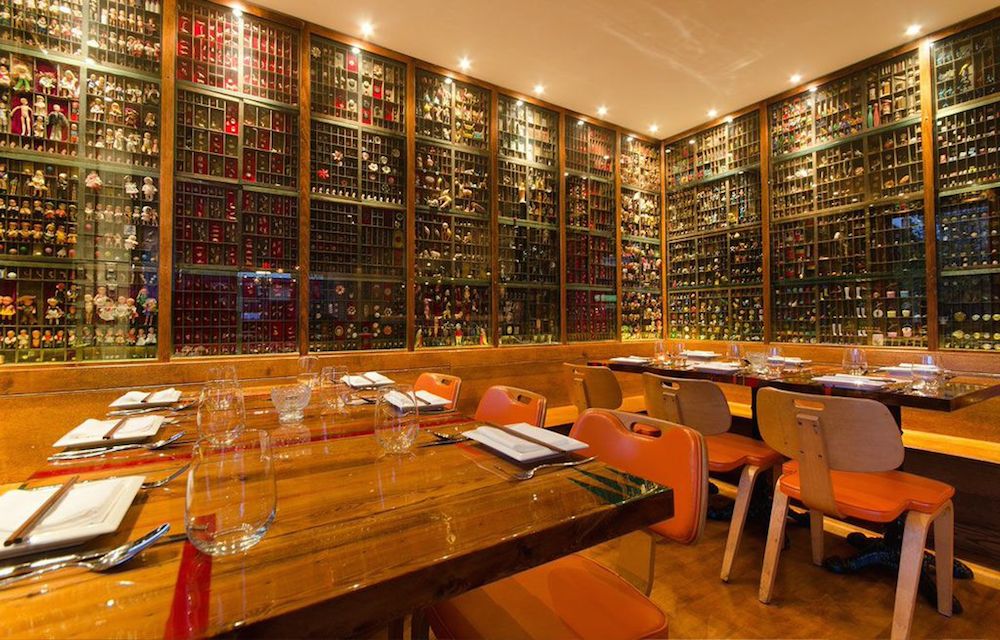 So on busy nights guests should probably be considerate of waiting reservations and not loiter too much?
Yes. There is a large rotation, especially for a place that's in demand – and this is part of why we encourage reservations, because we are trying to accommodate everyone who is coming in. Also, once you've made your reservation, it's great to be on time. It's not a problem and not a big deal to be late (we always appreciate when people phone to let us know. We do hold their tables for them). But at the same time if your reservation is, say, at 7:45pm and you come at 7pm, and you're irate that your table is not ready… for a table reservation, it's better to be on time, which is great in this city because everyone is very timely.

On that note, let's say it's 8 p.m. on a Saturday night: what's the wait for a party of two who don't have a reso?
We like parties of two, because they can be seated quicker and we can juggle things around more to accommodate you. We do have a 15 minute hold on tables, and there is a chance that people don't show up or cancel, then I would say the wait is around 15 to 25 minutes. If you're really hungry and can't wait, we do have the bar – we generally try to keep the bar open for walk-ins, as well. People do make reservations at the bar, but we usually don't accept those reservations until the day of. 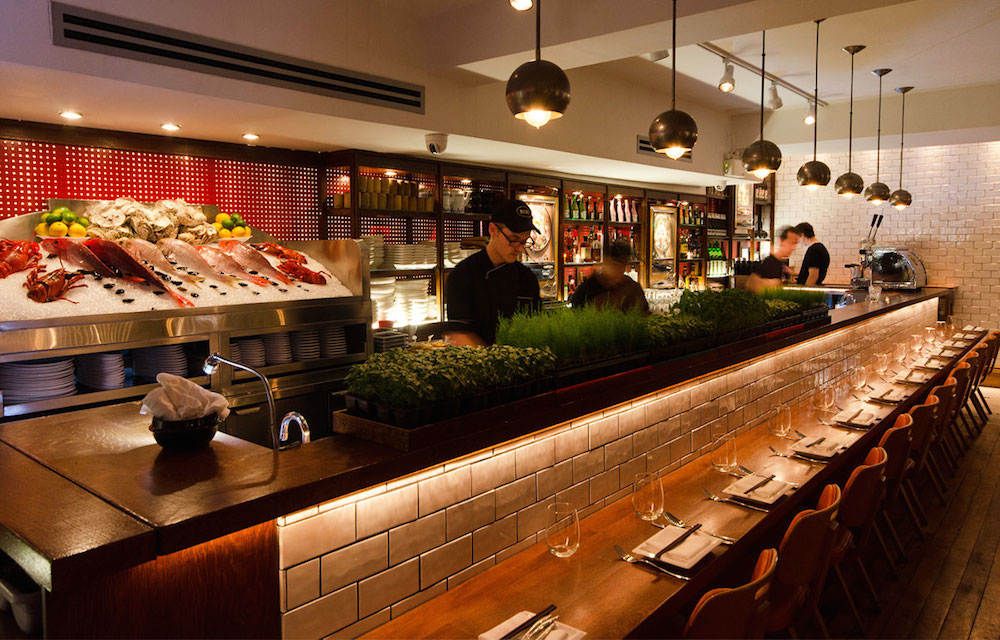 With all those seats, a dynamic dining room, and incoming guests, do you have a communication system in place that helps you expedite turnarounds?
It helps when the manager, servers or anyone else [in the front of house] can come and let you know what's happening. We do rely on many systems; and it's all about efficiency when we don't have the time to [verbally] communicate to make sure we get things done. It's high intensity, but it does work.

Any examples?
We can't give away all our secrets, but we do have things in place to let people know if a table's been taken care of. For example, if the candle [Neverson gestures to the candle set in the middle of the table] is moved to the side [she motions to the table corner], well-lit, then we know that someone's taken care of the table; if the table's empty, the candle's to the side and out, then it's ready to be bussed. And there are many that are obvious, like a billfold in hand…

Is there a favourite seat in the house? And how can people reserve it?
I personally like Table 98 [the front booth] because you get the side view of the street and it's detracted from the rest of the bustle of the room (like the music, the action of the raw bar, the guests at the table right next door, etc.). We have two larger tables – Table 50 and 60 – in the cove. The cove shows off the eccentric installation done by Brenda Bent, with the trinkets and kitschy things collected, I believe, from the family.

Have you ever been offered gifts or bribes from guests wanting a table?
It does happen. "What does it take to get *that* table? " We always try to do our best to accommodate but we honestly can't guarantee it. And if you want to be seated in a timely matter, then you will have to take the table we're offering. We believe all the tables are great. 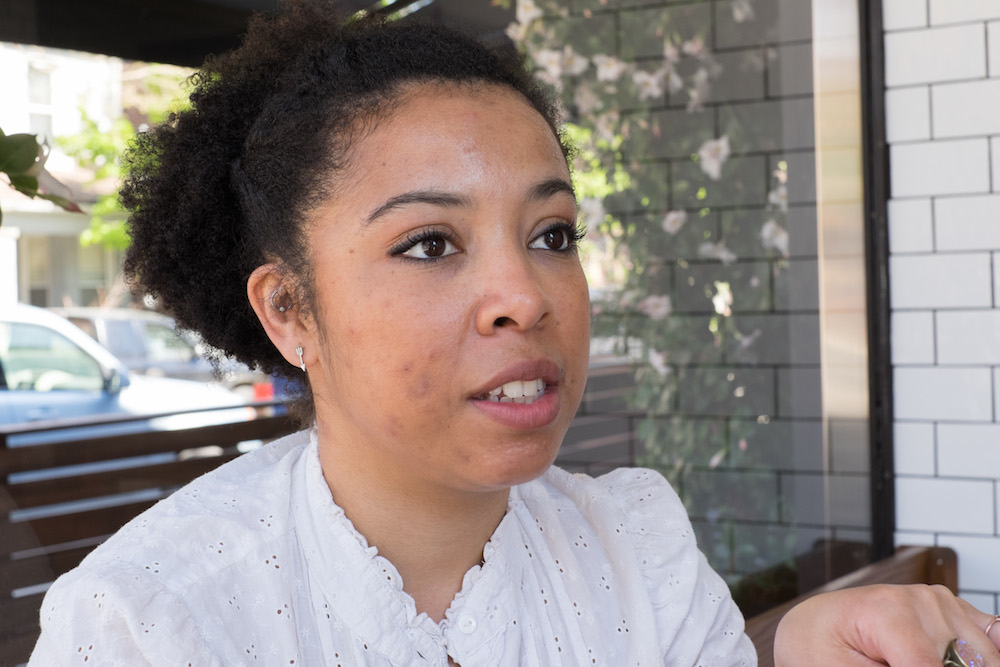 So it's a democratic system?
Yeah, but if you're willing to wait for a certain table, then sure. There's always a compromise.

So no one has tried (to bribe you)?
In a very joking matter, of course. But never a bribe. Because the waits aren't that long compared to other places I've worked at with no reservation systems. I know of one case where there was a really happy table who enjoyed the service from one of our servers, who happened to have a whole bunch of tickets to go see Kanye West in the front row. And he was like, "Here you guys go. You guys were awesome." But that was when everything was said and done.

Any outrageous requests?
There are people who might be picky or have particularities, but it's not crazy. I haven't heard of too many, because most people coming here are expecting food from chef Lee. And they're well informed during the reservation process, through the phone or email conversations for allergies, restrictions, special occasions, etc. 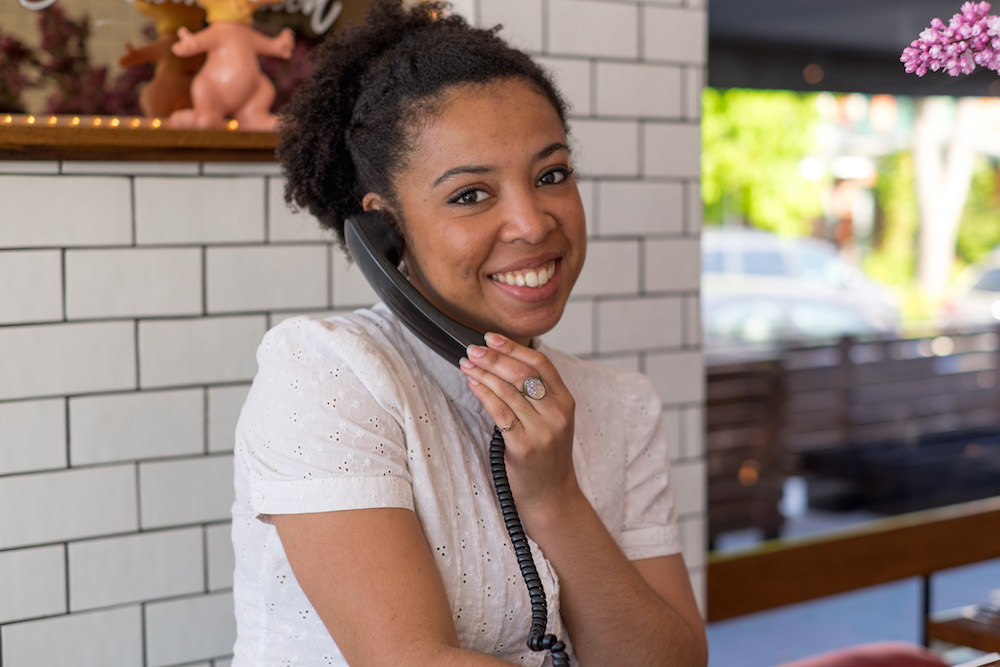 Have there been any celebs sightings?
There have been. For instance we had Brad Pitt during TIFF last year, we have directors come in, and we do have regulars from sports teams from the city – but I won't say their names – so that we don't blow their covers.

Do you have files on your guests?
We do have notes and know what they like, like if they like lemon in their water, or don't. But this is for all our regulars, who we call VIPs. We have notes on how we can best take care of them so that they can have the best time every time.

What does it take to be a VIP?
We consider repeat diners who have come four times or more, regulars. There's almost a forward push to ensure you become a regular here too. The more we know – as you can see, I'm a really chatty person – the more we can do to accommodate. It's my pleasure to find out. I know people who come back for certain dishes or cocktails, people who are chef Lee followers since Lotus or Top Chef viewers, so there are all these components as part of his allure and following and it's something we strive to keep up with.

What's your essential Gatekeeper tool?
Having a positive attitude. It's like, what did I bring with me today? My smile. [Laughs] I've gone to places before when I might have been having a great or shitty day, and I walk into an atmosphere or vibe that's on a different level or buzz, and I want to get to that. To be glad to be there. Especially as a host, being the first point of contact, that being cheerful, charismatic and positive helps gain rapport with guest and regulars. Technical skills wise, being a multitasker. You've got to be multiply skilled at working things like a Tetris puzzle, thinking on your feet to make sure you can exponentialize such a small room. And keeping calm.

When you're not here, where's your favorite place to go and eat?
I'm a bar person, specifically in my area – I've always loved Parkdale. There's this place that has barbecue, really awesome cocktails, they play blues music, and have a porch/patio too: Electric Mudd. It's just something low key that I'm down with.

So are you a VIP or regular there?
[Laughs] A regular. — Renée Suen