The hunt for the next food trend can be all consuming for bloggers. But what if hunting itself is the next major wave that sweeps the food world? These days, it looks promising. Jacob Richler, food writer and journalist, is hard-at-work on a new book about hunting and how to cook wild game. A pilot project in Québec has allowed select restaurants to serve wild game. And Ontario chefs are paying close attention. Michael Hunter, executive chef at Red's Wine Tavern, was told by a health inspector that wild game served in restaurants "will never happen in Ontario," but if it does, he is locked, loaded, and ready to go. Over the past while, Hunter and Jody Shapiro, his filmmaker-turned-chef-in-training friend, have been documenting his hunting adventures and are developing a cookbook that will feature wild game recipes (currently being shopped around to publishers). If the laws do change, it's probable many more chefs will take to the woods. With that in mind, here's Michael Hunter's Unofficial Guide To Becoming A Hunter.

It's not a choice: every wannabe hunter must take an education safety course.
Michael Hunter: It's a two-day process that results in getting an Outdoors Card.

There's a separate course to get a PAL, the possession and acquisition firearms license.
MH: It's a one-day course, 9 hours of gun safety. Then you have to pass a test, practical and written exam. If you can't pass it, you probably shouldn't be allowed to drive. They hold your application for 45 days minimum to make sure you're not angry, still. Then you go through a screening. They say it takes three to six months. But if you want to hunt with a bow, you don't need the firearms license. But hunting with a bow restricts you to larger game stuff. 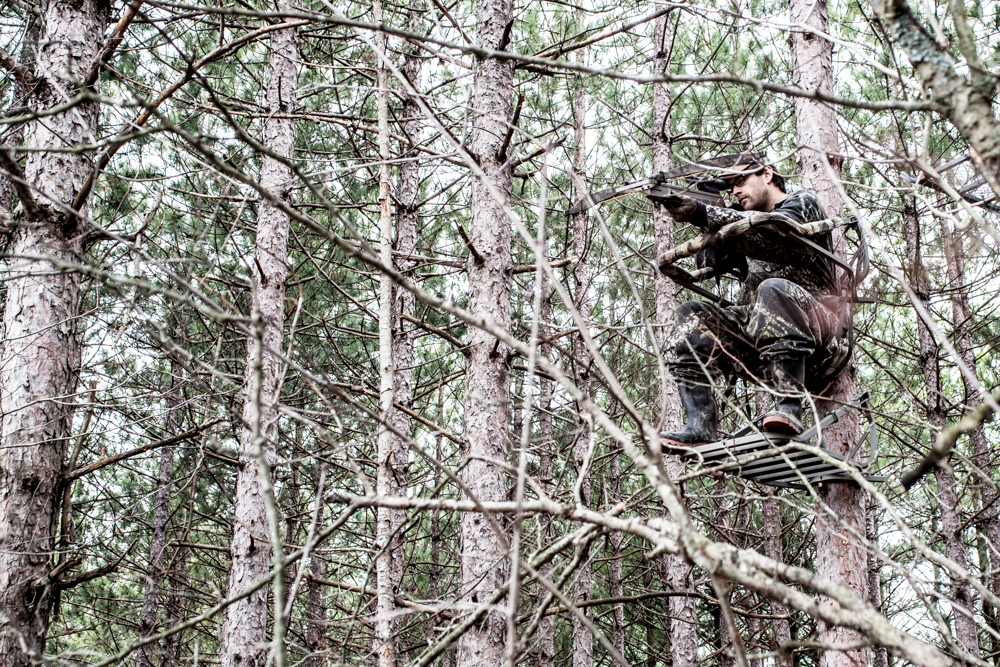 Buy animal tags.
MH: The money they say goes to the Ministry of Natural Resources for wild life management. It pays for their workers who enforce their laws, the tracking and management of the species. It is illegal to trophy hunt in Ontario. They'll fine you… it's a lot of money. They'll take your car, truck, they have more rights than police officers.

Want to hunt turkeys? There's a separate course for that.
MH: Turkeys went extinct in Canada about 20 years. So they had to reintroduce the species, trap wild birds in the States and release them. They really want to hammer it into you that you can't shoot the females.

Do some planning and find Crown land on which you'll hunt and buy the necessary equipment. Hunter start-up costs at around $1000.
MH: Camouflage, clothing, facemask, rifle, crossbow, tree stand, some gear, hen calling devices for turkeys, decoys help – you don't need those but it kind of helps.

What about some practical advice?
MH: I went out with a group of guys who passed on their knowledge.

Tread lightly.
MH: You try and walk quietly. If you have to move around, do it slowly.

Cleaning
MH: Find someone to show you how to clean a deer for the first time.

Patience is a virtue (well-suited for hunting).
MH: I've gone out turkey hunting probably eight times for four hours each time, just sitting in the field. I've heard lots of gobbling, action, and seen turkeys across the field but I haven't actually got one yet. 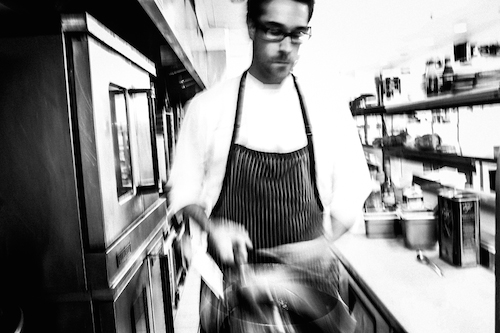 How to battle the boredom?
MH: It's calming for me to be out of the city and out of the kitchen. It's kind of my retreat.
Jody Shapiro: It's not boring. It's one of those weird things. All your senses get heightened because you're observing, listening, and smelling. You hear things that are a mile away. It's fascinating.
MH: You tune out; you miss something.

Avoidable mistakes?
MH: If you're jumping over a fence, you're supposed to unload your gun. You screw up and you're going to hurt somebody or hurt yourself. Climbing an icy tree is kind of a dumb one I've done a couple times. It can be dangerous. You can be playing on your phone and a deer runs by. That's also happened to me. Not dressing warm enough. You don't really realize how cold it is when you're sitting there for an hour not moving. You're out in nature, anything can happen.

Last but not least.
MH: Respecting the meat and the animal. You're taking another animal's life. Pay respects.