Last Monday, Indigo and Phaidon Press presented an Evening with Ferran Adria at CBC's Glenn Gould Studio to promote the latest elBulli tome: elBulli 2005-2011 ($625). The 7-volume set documents the restaurant's most creative and prolific years in 2720 pages and lots of really, really pretty photos (1400, to be exact). Beginning with a video that documented the final minutes before elBulli closed its doors, the master chef then laid out plans for his elBulli Foundation. The epic project, based in Barcelona and at an expanded version of the old elBulli restaurant space, will include an interactive museum on the history of the restaurant; Bullipedia, a project to scientifically document and create a taxonomy based on the evolution and history of cuisine; and elBulli DNA, a research facility and team made up of chefs, writers, and historians that will catalog the Bullipedia project. The 90-minute talk, introduced by chef Mitch Bates (Momofuku, Shoto), with hors d'oeuvres by Momofuku, left the crowd breathless, turning what they thought they knew about cooking, techniques and ingredients, upside down.

Then he was whisked away into a black SUV limo, but not before Eater was invited to jump in and ask a few questions.

In the past two years, many successful chefs like Daniel Boulud or David Chang have come here – why do you think Toronto's restaurant scene is attracting so much international attention?
There's a lot of love for cuisine and foodies here in Toronto. The world is very big – and there are a lot of people in Europe, America, talking about Toronto.

Are you planning on eating anywhere while you're in Toronto?
No, unfortunately, we'd love to but we leave tomorrow. We'll come back on vacation. This morning we were up at 5:30am but I'd love to be back. Where do you think we should go?
(Editor's Note: Lau suggested Bar Isabel and Adria was happily surprised that there's such a high quality Spanish restaurant in Toronto.)

With your new set of books of elBulli 2005-2011, you've given many chefs some innovative techniques and recipes to work with. If you had a message for chefs in Toronto, what would it be?
To be happy – that's the most important thing. If they're happy, that will make their customers happy. There's a wonderful generation of young chefs, you have to help them, guide them.

Have you had the chance to experience any Canadian cuisine on your book tour?
I've eaten some but I'm not an expert. In Montreal, I spent only 10 days. We had some food in Vancouver – fantastic. I love the whole theme of Asian food and the fresh seafood that's available.
(Ed Note: Adria then turned the interview on Lau, asking: "What are five emblematic dishes of Canadian cuisine?" She replied: "Poutine." Of course, Adria then needed to know exactly how it's made.)

You create dishes where "nothing is what it seems." If you could deconstruct the person/image the media have created for you, what would that be?
(Smirking) Many things that I won't say here.

You were named in Time Magazine as one of the 100 most influential people of our time – what would you say are your most influential qualities?
It's not just about me. It was the spirit of elBulli, an image that was formed from it: Ethics, honesty, liberty, freedom, taking risks, sharing, and passion – that was the spirit of elBulli. And that's what we want people to understand and take away. This has always been the most important thing and how we want to influence the rest of the world.
-- Gizelle Lau 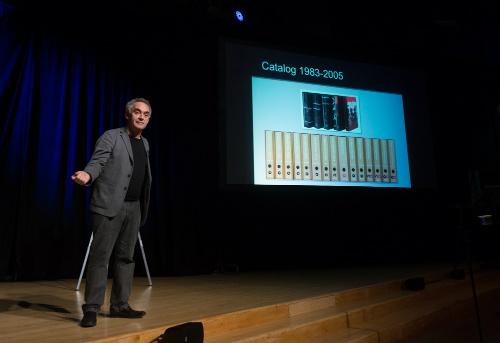 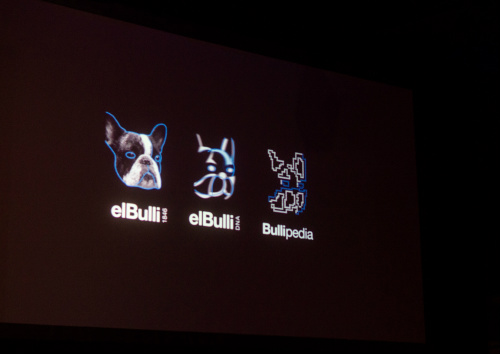