Share All sharing options for: Chef Alex Molitz On Farmhouse Tavern, Hunt Camp, And His Love For 'Hobbit Veg'

Even Ottawa-born Alex Molitz is a bit surprised – but humbled – by the attention with which he's been showered since taking over the reins at Farmhouse Tavern. Less than 18-months ago, Molitz was a little known cook working in Toronto's booming restaurant scene. Overnight he became head chef to a restaurant which grew in popularity with the neighbourhood, and the Instagram feeds of hungry foodies and industry supporters. Accolades and critics' approval followed soon after. If that weren't enough, the Culinary Institute of America graduate was also invited to represent Canada at last year's international chef symposium Cook It Raw. Not bad for someone who doesn't subscribe to peeling carrots or beets.

We chatted with Molitz after checking out the Junction Triangle restaurant's Hunt Camp dining series - an intimate eight-seat meat and game centered experience hosted in the restaurant's private room – about his meteoric rise in Toronto's finicky dining scene, the challenges, failures, and how he might finally be good enough to be a chef in Daniel's kitchen (his alma mater). 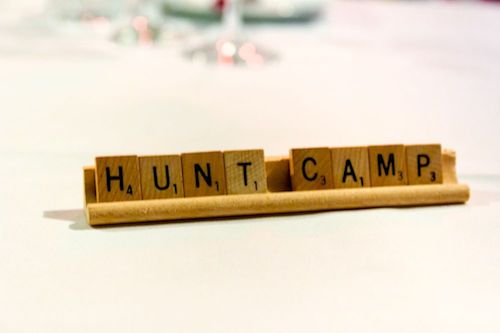 Hunt Camp is a pretty interesting initiative at Farmhouse. How did it come about?

Hunt Camp was a concept created by Darcy (MacDonell, owner of Farmhouse Tavern) who approached me one day saying 'I kind of want to do this thing, sort of like a restaurant within a restaurant.' What we like about it is that when we're doing our Farmhouse stuff, it's all Ontario raised. With Hunt Camp, [Darcy's] able to get some great wines from all over the world; I'm able to expand outside of Ontario – I don't go out of the general realm – I do Quebec, maybe a little bit of BC, but it's a great chance to get some really great cheeses and wines that aren't from around here. 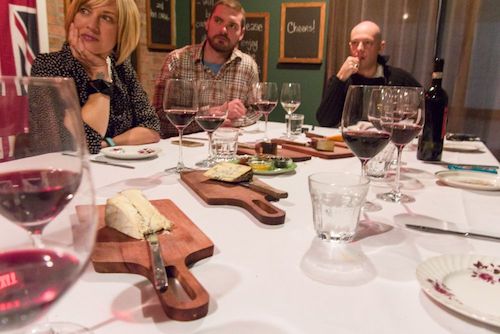 It's pretty impressive that Hunt Camp's already in its third sold out season. How has it evolved since day one? Are there still many challenges?

We're kind of changing things by seeing what people are into every season. Working in Ontario in general is kind of hard. I'd love to go out at night and have people go shoot [the game we're serving]. It would be great to use that stuff, or use bear… but we can't because of all the regulations.

How long did it take for you to overhaul Farmhouse Tavern's menu?

We had just come into the kitchen for work that day when the [former head] chef got fired. That was on September the 25th (two days before my birthday). I was asked to take over and ran his menu for that night, and then gutted the whole thing for the next service.

What is your definition of your style?

It's weird because of my [training] background. There's some Italian but mostly French. So it's kind of weird that a lot of my base roots are in these technique [driven disciplines], where there's a lot of preparation behind the preparation of things. But at the same time, I don't peel beets; I don't peel carrots; and everything is very loose: I don't want to see dices or quarters. I tell my cooks: "I want it to look like Hobbit veg." Like out of Pan's Labyrinth, all gnarly and weird looking.

You were invited to be a part of the Canadian team at Cook it Raw: BBQ Perspectives. How was that?

For me to go down there to be with the fellow chefs from Toronto and South Carolina was special. To see, in a different country, the way the same people with similar disciplines could teach and educate, the kind of food that's created, and how two big chefs can collaborate to make something that can be a miss, or a big winner, was special.

Do you see other collaborative opportunities coming out of this?

Yes, a couple. I'm working on doing a dinner at Café Boulud with Tyler Shedden. It's special because I worked at Daniel for a year, and all of a sudden to be able to be good enough as a chef and not just a cook to cook in a Boulud kitchen. [The experience at Cook It Raw has] made it easier to do something like this.

That's exciting (and delicious sounding) news. How has this affected you as a chef and what can we look forward to?

I'm slowly maturing as a chef. I'm looking to having more balance. There's being a chef who wants to put everything on plate and the chef that shows restraint. I'm trying to work towards middle. I'm looking to put more risky dishes on the menu, but I'm not cooking to change people's perception on food or make them over think. All I want is people to come in, smile, and enjoy the honest and genuine food. — Renée Suen